Our Heritage Restoration programme goes both above and below ground - encompassing the incredible buildings and monuments, trees, gardens and visitor facilities, and the infrastructure on which the centuries-old cemetery rests.

1906 – Glasnevin Cemetery in all its glory

In 1906 the Dublin Cemeteries Committee issued a book of bye laws for Glasnevin Cemetery. This was illustrated by a set of black and white photographs of the cemetery at the time. These captured an impressive Victorian-style garden cemetery with manicured grass and carefully cobbled paths flanked by well-pruned hedges.

Over the latter decades of the 20th Century, due to a lack of available funding, the Dublin Cemeteries Committee was not able to maintain the grounds to the same standards that had applied in earlier times.

In June 2006, the Dublin Cemeteries Committee asked Government and the then- Taoiseach, Bertie Ahern to provide funding so that the cemetery would not only be a prime tourist attraction but also a centre of national pride where the centenary of the Easter Rising could be suitably celebrated in 2016. The government responded by including the cemetery in the National Development Plan as an Office of Public Works project. The OPW is making an important contribution towards restoring this great necropolis to its pristine glory of the early 1900s and the results are now apparent in many sections of the cemetery.

The Eastern end – restored from wilderness

Recent OPW assisted restoration work has managed in a short space of time to change the eastern end of the Cemetery from something of an untamed wilderness to a must see attraction. The tall limestone monuments, including the Monaghan Chapel, have been revealed as the venerable memorials they were designed to be when erected a century and a half ago by the affluent citizens of Dublin. Old railings which enclosed some of these monuments have been replaced with replicas in the same style which honour the commitment to conservation.

Monuments near the Round Tower

Equally striking is the way in which many of the monuments close to the O'Connell Tower have been cleaned to reveal the fine-quality craftsmanship. Two examples are the Meade monument, topped by the archangel Michael and the Sir Thomas Farrell statue of the actor Barry Sullivan playing the role of Hamlet. Also the beautiful Boland chapel, once badly vandalized, has been restored with care.

In the mid-19th century the opening up of the Finglas Road entrance created a new axis of orientation for the cemetery. This entrance, whose gates Padraig Pearse's father worked on, open onto the O'Connell Tower. The beautiful Sigerson memorial, honouring the dead of 1916, was relocated to a dramatic new position to the left of the entrance. New landscaping and lighting have meant we are now able to enjoy the superb masonry at the foot of the Round Tower.

Pictured left: President Michael D Higgins stands for a minutes silence after laying a wreath at the Sigerson Memorial in Glasnevin cemetery, to mark the centenary year of the foundation of Cumann na mBan (2014). Photograph Brian Lawless, PA Images.

The trees of Glasnevin cemetery

Some of the cemetery's great trees date back to the nineteenth century and offer shady sylvan strolls. You will find some of the best of these near the original entrance from Prospect Square at the eastern end of the cemetery. Part of the ongoing work has been to tidy up the trees' lower branches in order to provide better visibility for mourners and tourists alike. Removal of ivy from tree-trunks and monuments has taken away a lingering feeling of neglect. The trees are now part of a well-wooded and managed landscape. The traditionally melancholic yew trees and noble beech trees are an essential feature of the cemetery, contributing to its dignity and peace.

While much has already been done, significant work remains. Some of the headstones which had been sloping or falling have been placed upright and provided with new foundations. However many other old tombstones require similar attention. The attractive grassing begun at the eastern end will continue westwards.

The important Chapel, The Church of the Resurrection - a rare Romanesque essay among the Gothic output of the famous Victorian architect J.J McCarthy - is in serious need of repair and protection from dampness caused by the roof.

The resurfacing of the eight kilometres of paths, already begun, will have to be intensified to face further centuries of use, and the railings along the perimeter wall, together with the watch towers built to counteract body-snatching, will need much care and attention if they are to survive and impress. 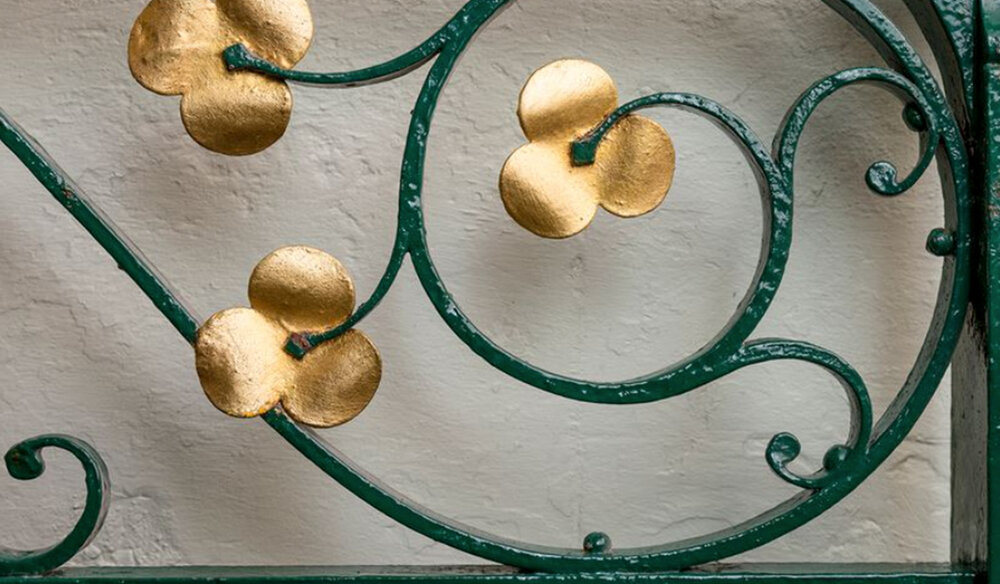