The Great Cover-Up: The Truth About the Death of Michael Collins 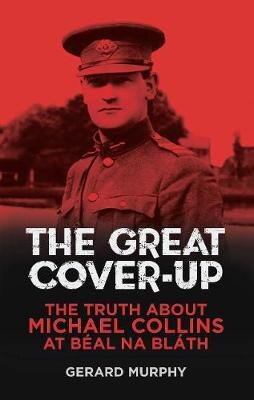 Why were both sides of the Civil War divide so evasive when it came to the death of Michael Collins? Why were they still trying to effect cover-ups as late as the 1960s? Determined to find the truth despite the trails of deception left by many of the key players, Gerard Murphy, a scientist, looked in detail at the evidence. Previous researchers have tended to concentrate on the reminiscences of survivors. Murphy instead focuses on information that appeared in the immediate wake of the ambush, before attempts could be made to conceal the truth.

He also examines newly released material, and has carried out a forensic analysis of the ambush site based on photographic evidence of the aftermath recently discovered in a Dublin attic. These investigations have unearthed significant new evidence, overlooked for almost a century, that seriously questions the version of events currently accepted by historians.